An Unsolicited Opinion about an Issue Mostly Outside of LTC Issues 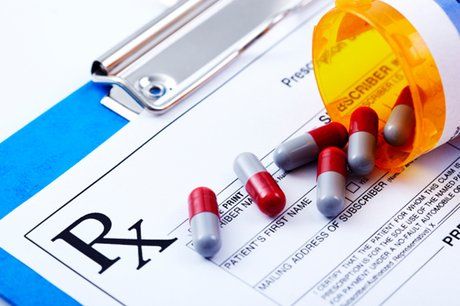 There is a national crisis in America in the overuse, over-prescription and abuse of prescription meds.  It is a sad social, as well as an out-of-control expense, catastrophe with lots of complaints but no solutions from healthcare professionals or politicians.  God only knows the full direct and indirect cost of this epidemic to our teetering healthcare system and fragile economy. Then WHY is there no Federal solution even being debated?  I am no expert in this field, but I see issues occasionally in the LTC arena. While elders are not at the forefront of this problem, and while elder care is my passion, expertise and focus, I want to raise this issue in this forum anyway.  I offer the following facts as I understand them for feedback, clarification, correction and comment.

One example of how it works—It’s a typical Friday and clinics and emergency rooms staffed with doctors and nurse practitioners, and pharmacies and thousands of pharmacists around the country are besieged by tens of thousands of patients seeking class 3 and 4 drugs who are addicted to the drugs—or who are getting them for people who are; many are in getting them for the third or fourth time in the same week.  And they will start the insatiable drug search all over again on the next Monday. This pattern in many instances goes on for months and years. And most of the costs are borne by Medicaid or the money used to acquire the drugs comes from criminal acts. Some practitioners actually take the time to figure out who has a legitimate need and who is cheating the system—society—you and me. Sadly MOST providers neither have, nor are willing to take, the time and incur the potential exposure that trying to separate legitimate needs from abuse takes, thus becoming themselves part of the healthcare and social crisis they so often rant about and blame lawyers and politicians for. What has been done so far and what can be done to remedy this social and healthcare crisis?

PDMP—Prescription Drug Monitoring Programs exist in 48 states—37 have some level of operativeness, another 11 states have laws they have not been fully implemented or are not fully operational. These laws call for an electronic database, which houses designated data collected and reported by providers on substances dispensed in the state. The goals are uniform:  to support access to legitimate medical use of controlled substances, identify, educate and deter or prevent drug abuse and diversion, identify, intervene and treat persons addicted to prescription. DEA at the federal level is not part of the state efforts.  While there are some grants, educational assistance and aid available at the federal level under The Harold Rogers Prescription Drug Monitoring Program (HRPDMP--2002) and The National All Schedules Prescription Electronic Reporting Act (NASPER--2005), these efforts are limited by funding capabilities and administrative burdens. Still, all efforts are run by the states themselves. The state efforts are less than uniform and do not cross state lines, which creates enormous gaps even where one state has a strong plan but borders on one or more states that do not—e.g., OK and TN have operational programs, but AR—which in the western and eastern parts of the state is a 5 minute drive or a 30 minute walk away—does not. And most of the state laws are either voluntary OR have few or no real penalties for non-reporting violations.

Why is this case in 2012 when healthcare seems daily to be front and center in current political (albeit too often partisan and polemical) debate? The medical professional complains a lot about the abuse they see but has done, so far as I can tell, little or nothing to use its chief educational and lobbying arm—the AMA—or other resources it has at its disposal to foster a national debate about the problem and best solutions. Is it possible that we really don’t care as a society or as members of the healthcare profession; are we too busy to learn, care or do anything about it; could it be it’s just not that bad of a problem?  OR could it be NOW is the time to look at this problem from a national perspective; to really identify the direct and indirect costs of the epidemic; and to take what we have done so far at the state levels and move to a holistic FIX that replaces the balkanized, poorly funded, inadequately understood and underappreciated programs that exist in some form or fashion in 48 states today.  Please chime in for all of our sakes.